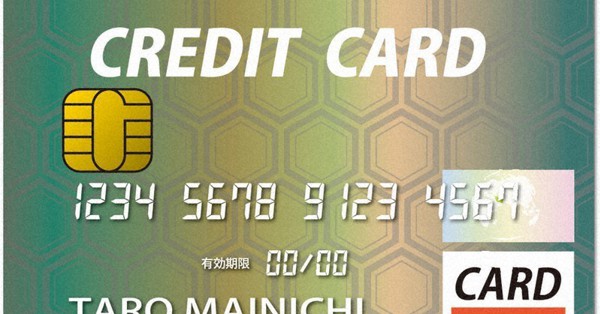 TOKYO – As more credit cards are issued as Japanese people stay at home and shop amid the novel coronavirus pandemic, issuing companies are running out of 16-digit combinations for numbers Map.

There are around 280 credit card companies in Japan, the vast majority of which issue 16-digit cards in partnership with international brands such as Visa, Mastercard and JCB. The first six digits represent the country, brand, type of card issuer, and other items. The remaining digits are handled by the credit card companies themselves and display information such as the cardholder’s account number and membership type.

According to the Japan Consumer Credit Association, the number of credit cards issued in the country in March 2019 was 283 million, and the total is growing by about 2% every year. Considering the amount of payments made through cashless transaction methods, credit cards account for 29.9%, largely dominating the market compared to electronic money, which accounts for 3.9%, and payments using QR codes, which represent only 0.5% of the total amount.

The number of cardholders has increased due to increased domestic consumption after the coronavirus outbreak, in addition to the government’s campaign to encourage cashless transactions following the consumption tax hike in 2019, and there is concern that there is a dearth of number combinations from the seventh digit onwards.

In addition, the industry has not sufficiently addressed the problem. Although there were talks at a certain card company a few years ago to hold an internal meeting to discuss the possibility of increasing the numbers of the cards, the company decided to take makeshift measures such that the re-use of credit card numbers from abandoned cards after a period of time had passed since cardholders canceled their membership. However, there are considerable risks of fraudulent use, and a source close to the credit card industry said, “Increasing the number of digits is the only real way to solve the problem. There will probably be a move towards increasing the number of digits. in the first half of this decade. ”

One of the reasons for the lack of progress in negotiations within the industry is that there are different levels of commitment regarding new expenses and other charges between large and medium-sized companies. It is estimated that the costs necessary to reform the system and conduct pre-testing to prevent tampering can range from 10 to 100 billion yen (approximately 94.5 to 945 million dollars). While the credit card companies do not envision affiliate stores or members bearing the costs of the reform, they intend to keep full negotiations under the radar so as not to worry cardholders. cards.

A senior official at a card company commented: “While we want to avoid increasing the number of digits as much as possible, I think that at the end of the day our only choice is to carry the burden of the expenses through. ourselves. ” The official added that negotiations with international brands are also essential and that large and medium card companies need to get up to speed.

In the event that the number of digits on the card is increased, it is necessary to discuss within the industry whether the 16-digit cards which already exist should all be replaced by new cards as well, or whether both types can be replaced. coexist. . In either case, the industry will likely have to make elaborate preparations as the system becomes complicated and could confuse consumers.